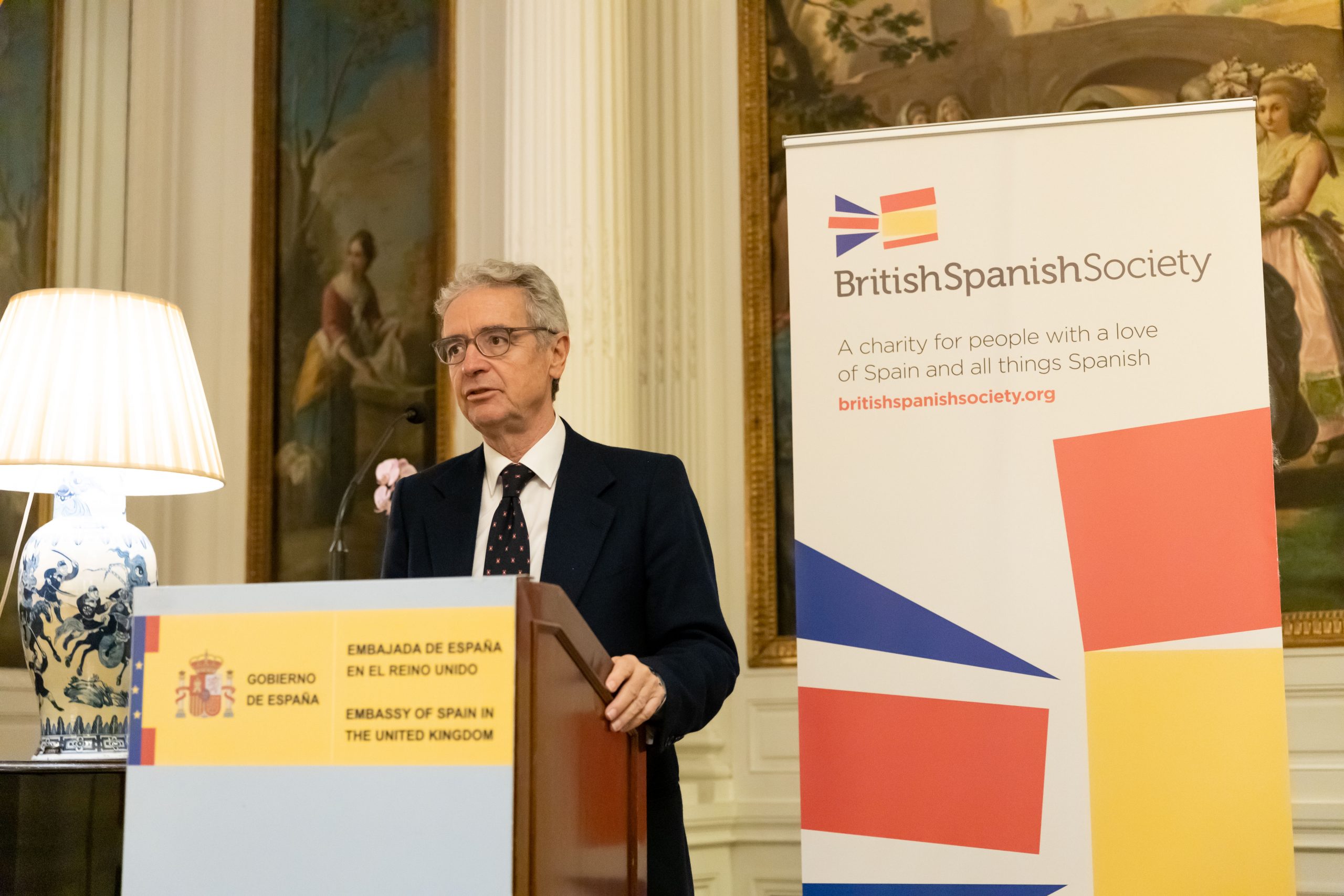 The 14th BSS Scholarship Awards ceremony was hosted by the new Spanish ambassador
and honorary president of the charity José Pascual Marco Martínez at the historic
embassy residence in Belgrave Square, London. It showcased a key activity of the BSS’s
charitable mission of cultural and educational engagement between the peoples of Spain
and Britain.

The ambassador in his opening remarks described the scholarship programme as a worthy
flagship of the charity with a long history of building bilateral educational and cultural links.
The BSS was investing in the future with the backing of its supporters and corporate
sponsors, he said, an example of a partnership between the charity not-for-profit and business
sector.

Despite the challenges of the pandemic, the BSS had something special to celebrate,
supporting talented young Spanish and British researchers and innovators working for the
benefit of civic society in a range of fields from historical research and musical composition
to health and sustainable development.

The evening was the BSS’s first live event at the Spanish embassy since lockdown. It had
winning scholars talking about their projects followed by a short cello recital by Pablo
Tejedor, and a convivial vino , tortilla and jamón ibérico supplied by COVAP.

“We are pleased to have received so many exceptional applications this year and are
delighted to offer financial and institutional support to such talented British and
Spanish graduate students thanks to the generosity and commitment of our corporate
supporters. The scholarships programme distinguishes the BritishSpanish Society from
other country-to-Britain friendship charities, and the awards ceremony was a
wonderful opportunity to finally meet our 2020-2021 winners in person and celebrate
their research, impact and success.” Marina Pérez de Arcos.

The event was attended by senior corporate executives, and other distinguished British and
Spanish supporters of the BSS from the world of education, media, culture, science,
diplomacy, and the voluntary sector. Among the special guests was the celebrity
horticulturalist Carlos Magdalena and the Spanish journalist Paloma Garcia Ovejero , and
two of the charity’s patrons Baroness Hooper and Lady Brennan.

View pictures of the awards in our gallery here.

The awards this year went to:

Lourdes Barquín Sanmartín, University of Edinburgh, PhD in Applied
Linguistics, Hispanic Linguistics. ‘The acquisition of the Spanish mood, tense and
modality in English-native learners of Spanish as a second and as a third language. A
contrastive study of cross-linguistic transfers between English, French and Spanish.’
BBVA – Humanities (Literature and Language)

Anna Rimmer, Barcelona Graduate School of Economics, Master’s   in
Economics and Finance (undergraduate from Cambridge in Economics).  ‘The Spanish
Miracle and the UK Golden Age: An Institutional Analysis of the Post-War Expansion in
Spain and the United Kingdom.’
Cuatrecasas – Social Sciences 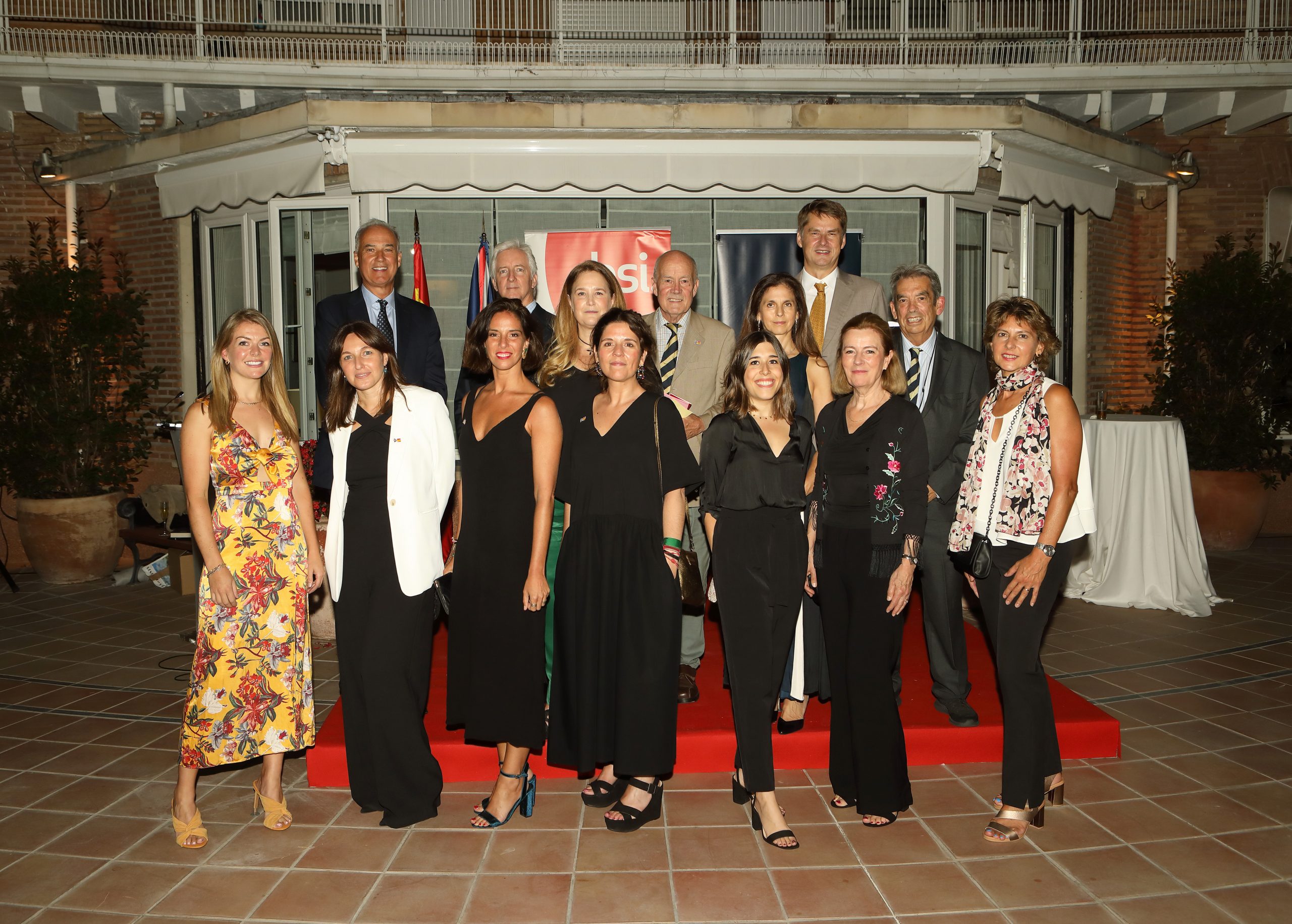 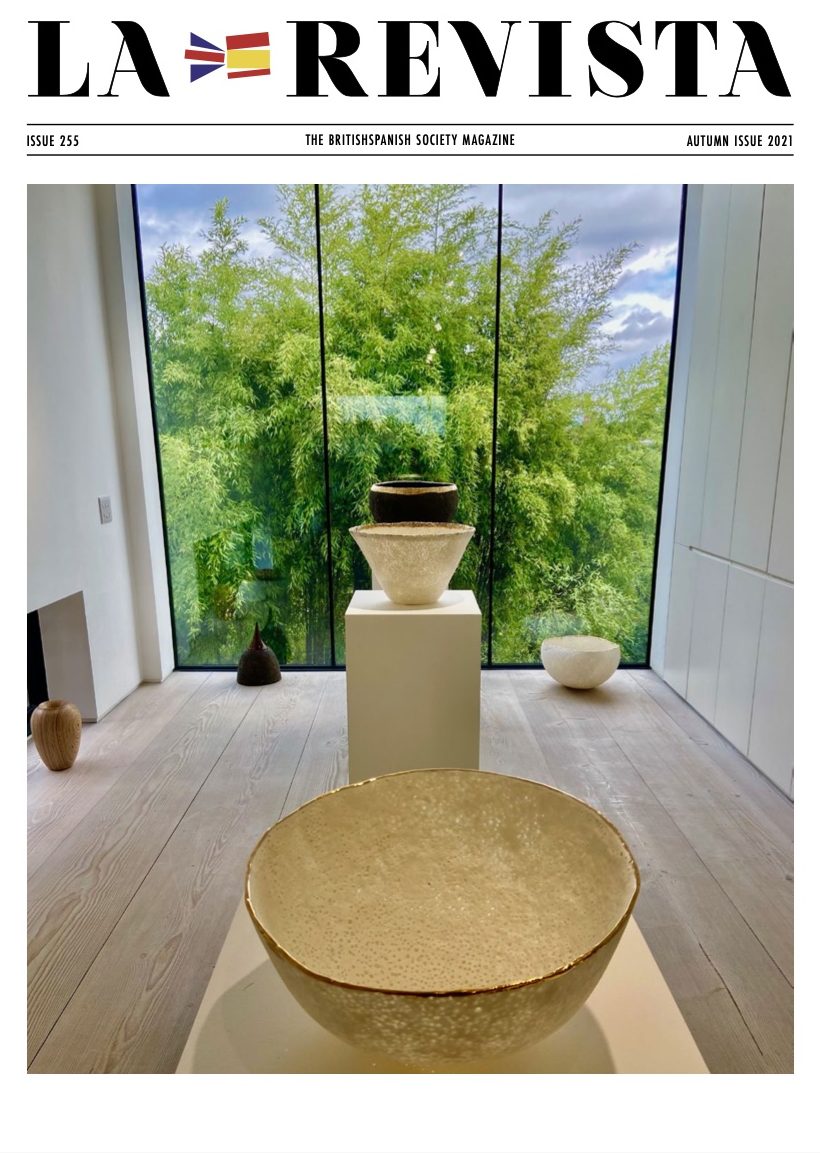