What is a Remainer to do?

With Brexit now inevitable, what is a Remainer now to do?

I suppose some would say that the term itself is now obsolete and that those who were Remainers should accept that they have lost the argument and move on with resignation. But that’s not very plausible for those who fear that Britain’s relationships in Europe are still at risk.

It is just not possible for such people to sit idly by while Britain disentangles itself from the European Union, and in the process risks inflicting unwanted collateral damage in areas such as national security, law enforcement, climate change, space exploration, sport, the arts and culture or social cohesion.

For those few who have influence over policy such as members of parliament or the media, there is now the task of scrutinising the mad rush that the government is starting towards a trade agreement with the EU by the end of the year, which is almost certain to be narrow and sub-optimal. It will be crucial to ensure yet again that this negotiation does not lead to a no-deal exit. It will also be important to test every piece of new legislation thereafter for its effect on our ability to continue to cooperate with the EU on key issues such as security and global foreign policy issues, or conversely if it obliges us to distance our behaviour further from the EU.

The rest of us would do well to remember what Brexit is and what it is not. Brexit means that Britain as a state is leaving the European Union, its laws and its institutions. But there is a wider set of relationships that Brexit need not and should not change. As we all know from our own lives and acquaintances, there are countless institutions and individuals in British society that have forged partnerships, collaborative arrangements and friendships with other Europeans to pursue their interests, their livelihoods and their passions. The fields of such endeavours range widely across society. This is a valuable social fabric of relationships that stretches across Europe.

In the past, we could rely on the relationships in this fabric as durable and safe, but perhaps not any longer. Technically, Brexit should have no effect on private, non-state relationships. But Brexit is also a state of mind. It won’t take much of the “spirit of Brexit,” coupled perhaps with inattention or wilful misunderstanding, for our relationships to suffer and dry up. So, those who don’t want this to happen now need to be more energetic than in the past. It is up to civil society, business people, artists, researchers, technologists, climate change agitators, theatre and film producers, sports managers, lawyers, hotel and restaurant managers, tourism promoters, language teachers, up to all of us to speak up for keeping our links with Europe alive. If we don’t do this and we allow that social fabric with Europeans to fray or break, it would diminish all our lives.

There is another factor that adds to this concern. The near-universal response to Brexit of Britain’s friends in Europe is bafflement at why the British, who they had thought of as sober and pragmatic, are insisting on doing this. For them the European Union, for all its faults, is the great institution that Europeans, including Britain, have built together over many decades to preserve peace, democracy, human rights and prosperity, after a century of destructive conflict and hostility between European states. Why should the Brits want to turn their back on this? Most of our European friends are just sad that we have nevertheless insisted on going ahead with Brexit, but some also feel personally offended at what they see as our rejection of something that they deeply value. The consequence is that, after four long years of talking about Brexit, there are fewer in Europe who would still work hard to keep open their ties with Britain. The hard fact is that it is Britain that is leaving and it is up to us to prevent Brexit from going too far.

Now is the time for people who care about saving our European links to make ourselves heard. Individually we won’t get much attention, but together we might. And we will regret it if we don’t try.

Stephen Wright served as Ambassador to Spain from 2003-07 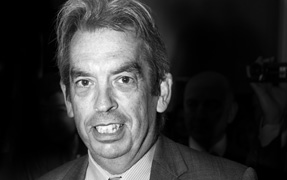