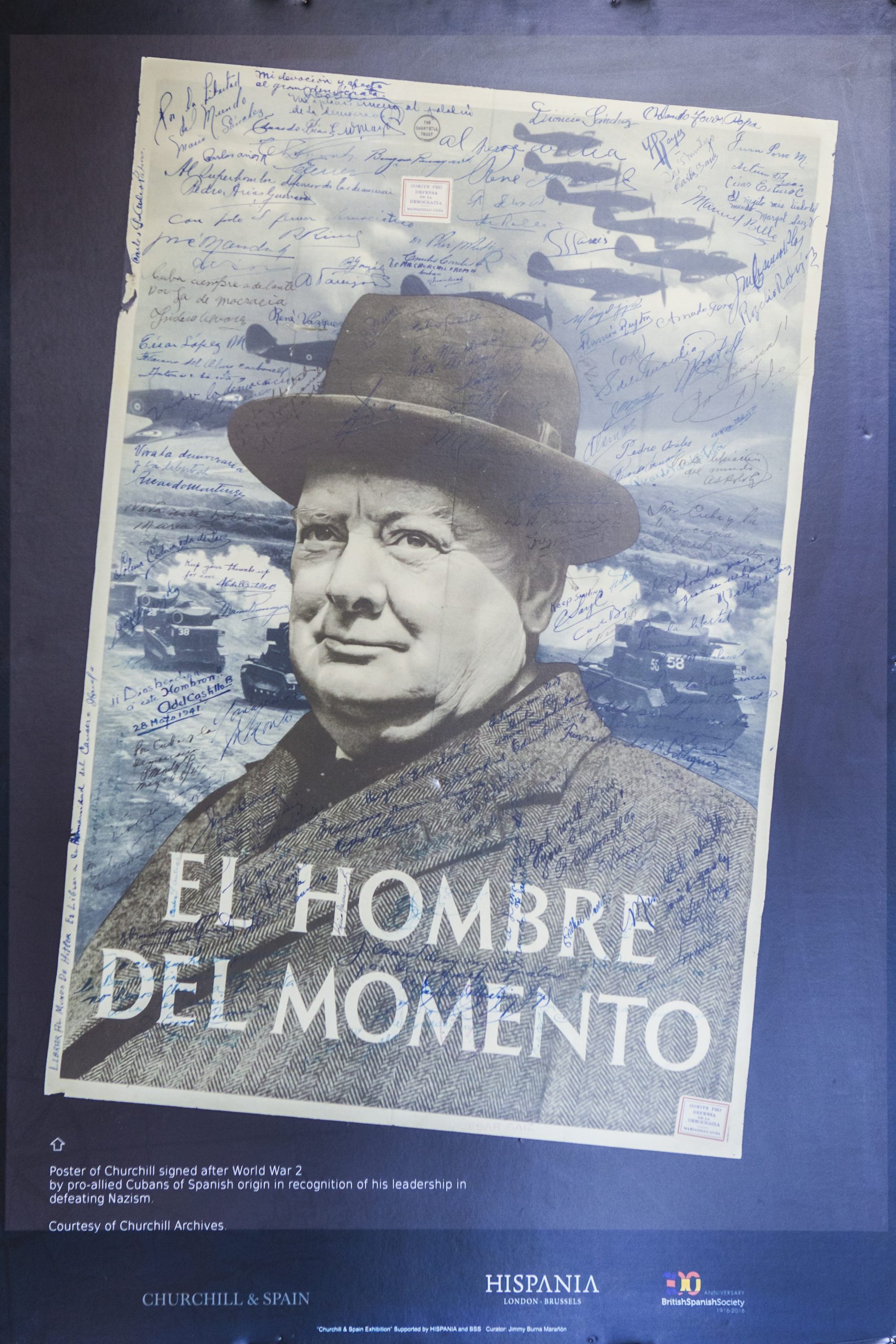 The inauguration in Madrid of BSS exhibition “Churchill & Spain”

One of Madrid’s most prestigious university conference venues registered a full house on the 28th January for the BritishSpanish Society/Universidad Pontificia de Comillas event dedicated to the figure of Britain’s wartime prime-minister Winston Churchill and his relationship with Spain.

The state of the art Salon de Actos located in the Canto Blanco campus of the Universidad Pontificia Comillas on the outskirts of the capital was filled with leading students, and academics, and members and friends of the British Spanish Society, led by the charity’s honorary vice-president the British ambassador in Madrid Hugh Elliott.

Dr Emilio Saenz Frances Director of the University’s International Relations department and Jimmy Burns Marañón opened the event. Jimmy burns Marañón, the BSS chairman gave welcoming addresses underlining the importance of the partnership between their respective institutions as an example of cultural and educational bridge building.

The Cambridge historian and BSS member, Dr Peter Martland, gave a colourful and incisive lecture on Churchill’s ties with the Spanish world from his early days as a young military observer in clinical Cuba through to WW2.

The event marked the inauguration in Spain of BSS exhibition on Churchill & Spain, entitled The Bulldog and the Bull. Curated by Jimmy Burns Marañón, the exhibition tells the little known story Churchill’s relations with the Spanish people through unique photographs, posters, cartoons, video, key documents, and books from Spain and the UK.

The opening of the exhibition in Madrid by the British   ambassador Hugh Elliott follows its successful showings in London, Manchester and Cambridge. The exhibition in March moved to a new venue in central Madrid, at the Universidad Pontificia Comillas main faculty building in Alberto Aguilera Street.

The exhibition and Dr Martland’s talk which he also gave at an event organized on the same by the Cambridge Alumni Association in Madrid at the offices of Gomez-Acebo covered Churchill’s relationship with Spain from his days as a young soldier, his relationship with King Alfonso XII and the House of Alba, and the played Spain in Churchill’s WW2 diplomatic and military planning. The events through the day underlined Churchill’s sense of adventure and nobility, his controversial politics, and the admiration he provoked among his most loyal followers. It also provides a glimpse of key periods of the history of modern Spain and its impact on a man whose interest in people and life defied national boundaries. 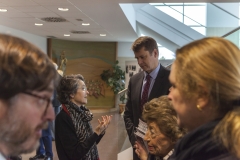 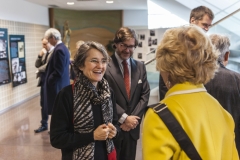 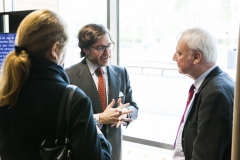 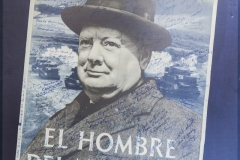 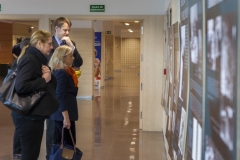 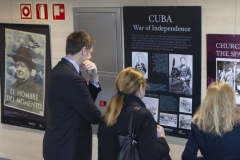 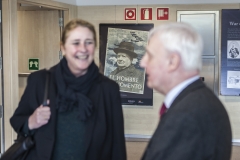 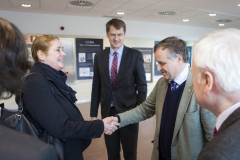 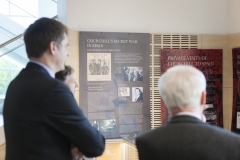 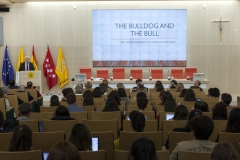 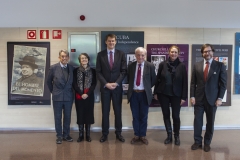 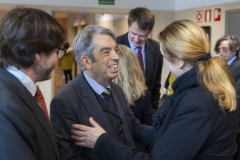 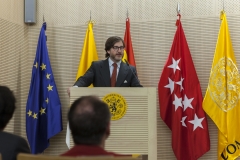 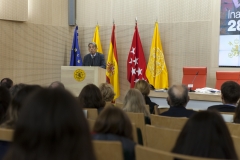 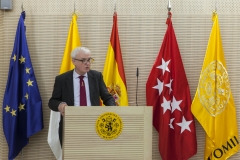 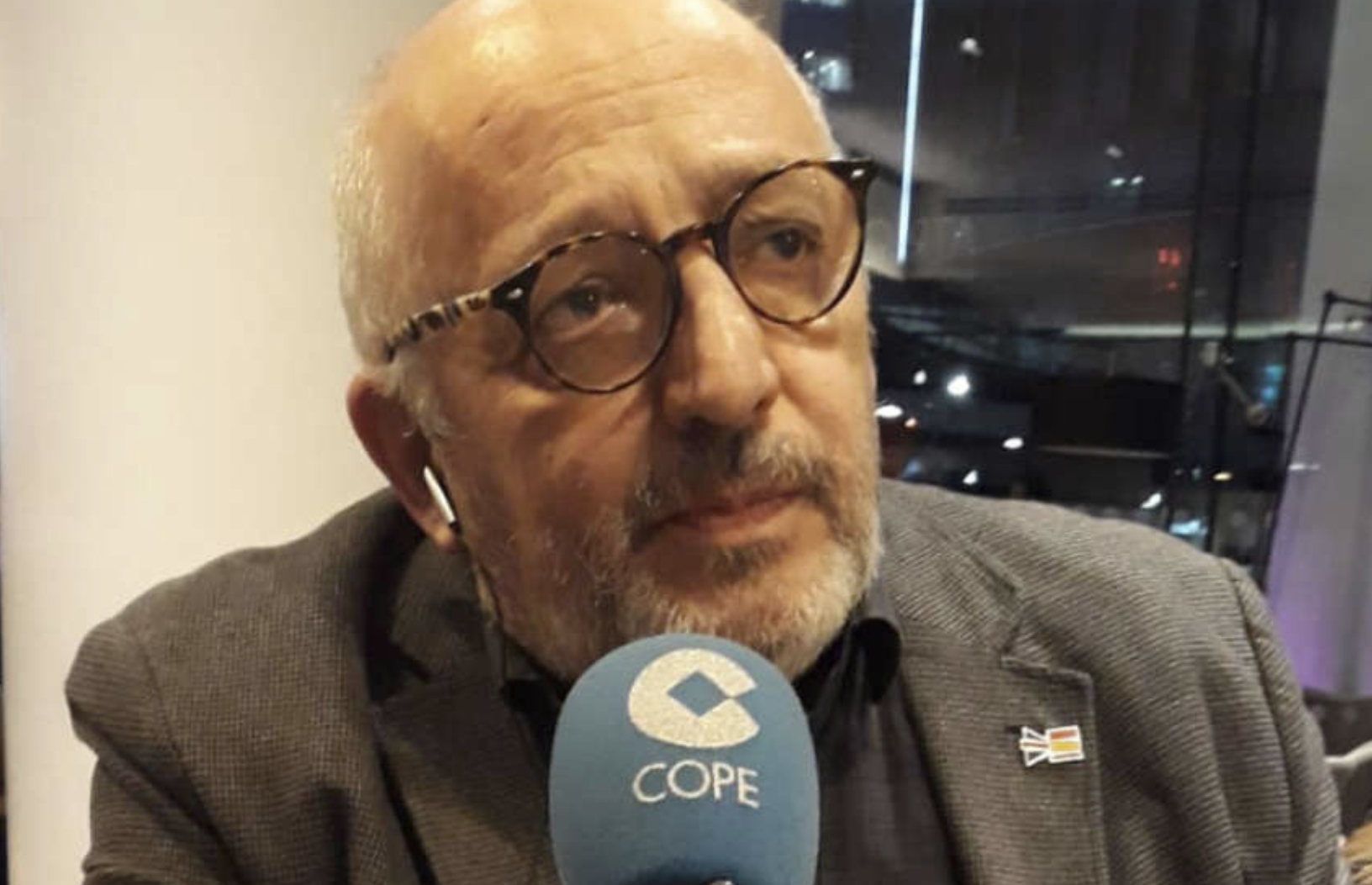 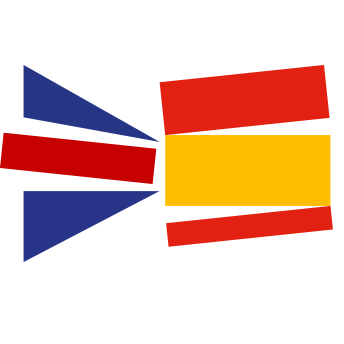