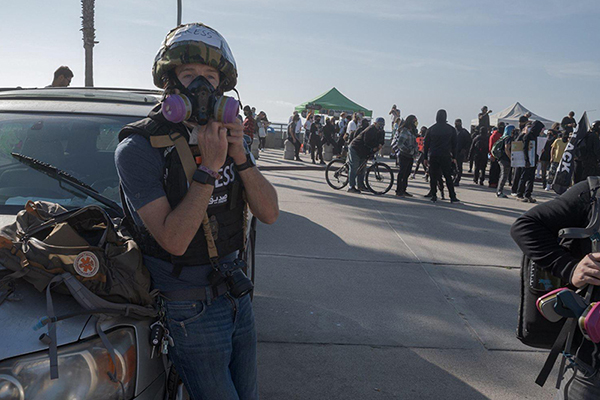 Are we becoming more connected or are darker forces working to separate and divide?

A former BritishSpanish scholar and journalist, reports from the UK/Mexican wall. 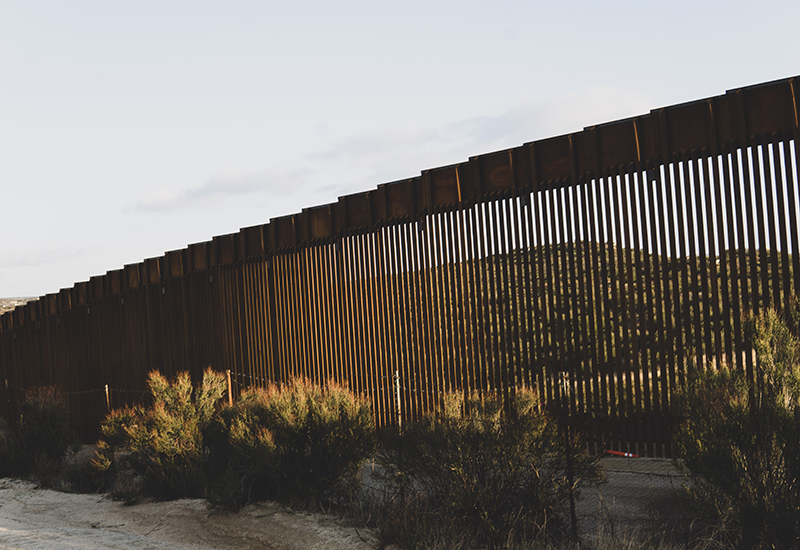 Nationalism is an incredibly slippery concept, one I’ve spent the better part of a decade confusing university students about. Anyone even passingly familiar with Iberia will know that nations and states don’t always coincide, and that flags can mean very different things to different people.

In the US, over the last four years, the most ugly form of nationalist rhetoric imaginable has taken on a physical manifestation along the southern border. It takes a line in the sand and makes it a wall in the desert. For those baying for its creation, the border wall was mostly a rhetorical construct, but for communities along the border it was very much a physical one.

I’ve lived in Southern California for 13 years now. I moved here for postgraduate research into the Spanish Second Republic. Seven years later, after spending entirely too long doing “research” in the archives and bodegas of Barcelona, thanks to the generous support of the BSS, I graduated with a PhD and the shocking realization that I didn’t want to leave.

Coyotes and Cacti
It’s not the palm trees, posers, and permanent gridlock of Los Angeles that I love, it’s the sagebrush and scrub oak that cover the high desert along the border. I got married there, in an apocalyptic storm. As a journalist, I’ll take any border assignment that gives me an excuse to sleep in my oh-so-American Pickup truck and wake up surrounded by coyotes and cacti.

For someone raised in the rural Cotswolds, it’s unbelievable that such vast swaths of land have never been permanently changed by human intervention. Of course, the Kumeyaay, the Indigenous people of this region, have lived in this area for tens of thousands of years. But they never really got into enclosing the commons.

Most of my work has been a lot less peaceful this year. I’ve spent this summer either at home in my pajamas surrounded by pets, or in a gas mask surrounded by clouds of hatred and pepper spray. Like many Brits, my first window into the Spanish Civil War came from George Orwell and The Clash. Like Orwell, “When I see an actual flesh-and-blood worker in conflict with his natural enemy, the policeman, I do not have to ask myself which side I am on.” And I probably don’t need to tell you on which side of the thin blue line Joe Strummer stood.

No pasarán
So I took time off from my permanently-forthcoming book about Barcelona in 1936 and instead put on a ballistic vest to report on what felt like a simulated civil war of our own. I might not have been shot in the throat this summer, but I’ve been punched, kicked, hit with batons, maced, and shot with a fantastic assortment of “less lethal” munitions. I’ve also seen a bedsheet with “no pasarán” scrawled on it flap in the wind as a man who gave a Nazi salute fled from teenagers wielding it. It’s been a terrible, beautiful, and utterly unforgettable year.

The day after Joe Biden’s inauguration, I drove to the border. But I hadn’t really anticipated the manifest brutality of the border wall. I’d been out here during construction to report on Kumeyaay people protesting with prayer, and driven past the wall countless times. But sitting on the roof of my truck in the drizzle, watching diggers sink their buckets into soil that holds the remains of my Kumeyaay friends’ ancestors, the enormity of the brutality struck me. This could become America’s Valle de los Caidos, a pilgrimage for some, a blind spot for others, and a physical manifestation of the human capacity to hurt rather than listen.

Waving flags, screaming slogans
I’ve reported from, and worked in, refugee camps for several years. I watched federal agents fire tear gas over the wall, and watched mothers and children run away from a country they’d walked thousands of miles to ask for help. It’s a very American thing, perhaps; building a white picket fence around your house and pointing a gun out. But it’s one that’s coming back to Europe. Britain is retreating into its own borders, leaving Gibraltar to find out the exact difference between a nation and a state as it navigates the difference between cultural and geographic proximity with London and Madrid. I’m about to lose my voting rights in the UK, and I still don’t have them here, but I deeply hope that we won’t follow the Trumpian model of waving flags and screaming slogans – with little thought as to what they’ll do to our neighbours. 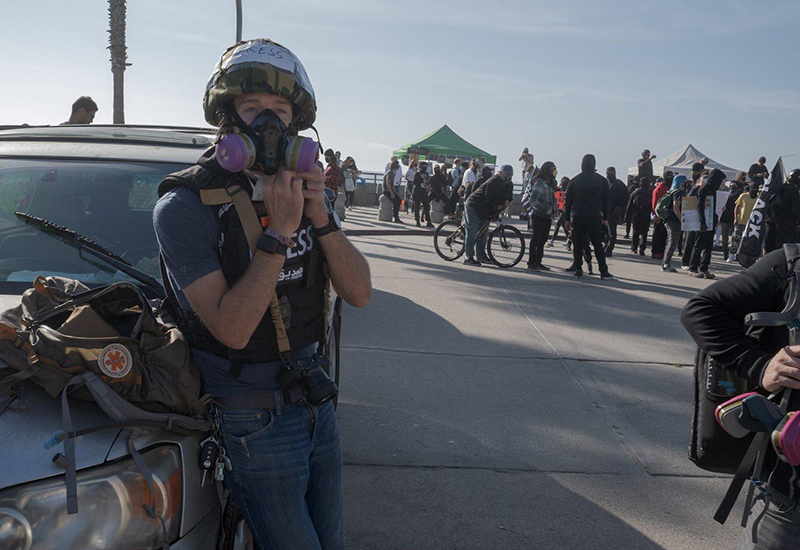 Note on the author:

James Stout is a freelance writer, investigative reporter and lecturer at San Diego Mesa College and National University. His writing and photography has been featured in publications including Esquire, Smithsonian, Lapham’s Quarterly, Undark, Men’s Journal, and National Geographic. He also runs a non-profit, ‘Indigenous Road Warriors’ that uses exercise to empower local communities. With the generous support of Santander Universities James was a BSS becario in 2012, when he researched Catalan popular identity in the 1930s through the lens of sport and physical culture alongside the faculty of the Ramón Llull University in Barcelona. 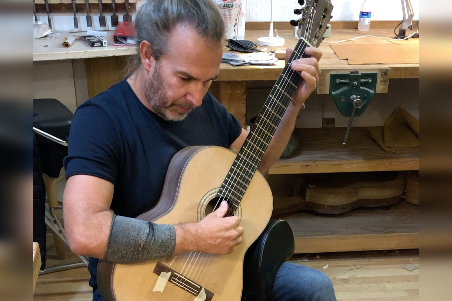 Challenges and opportunities for Spain in times of COVID-19 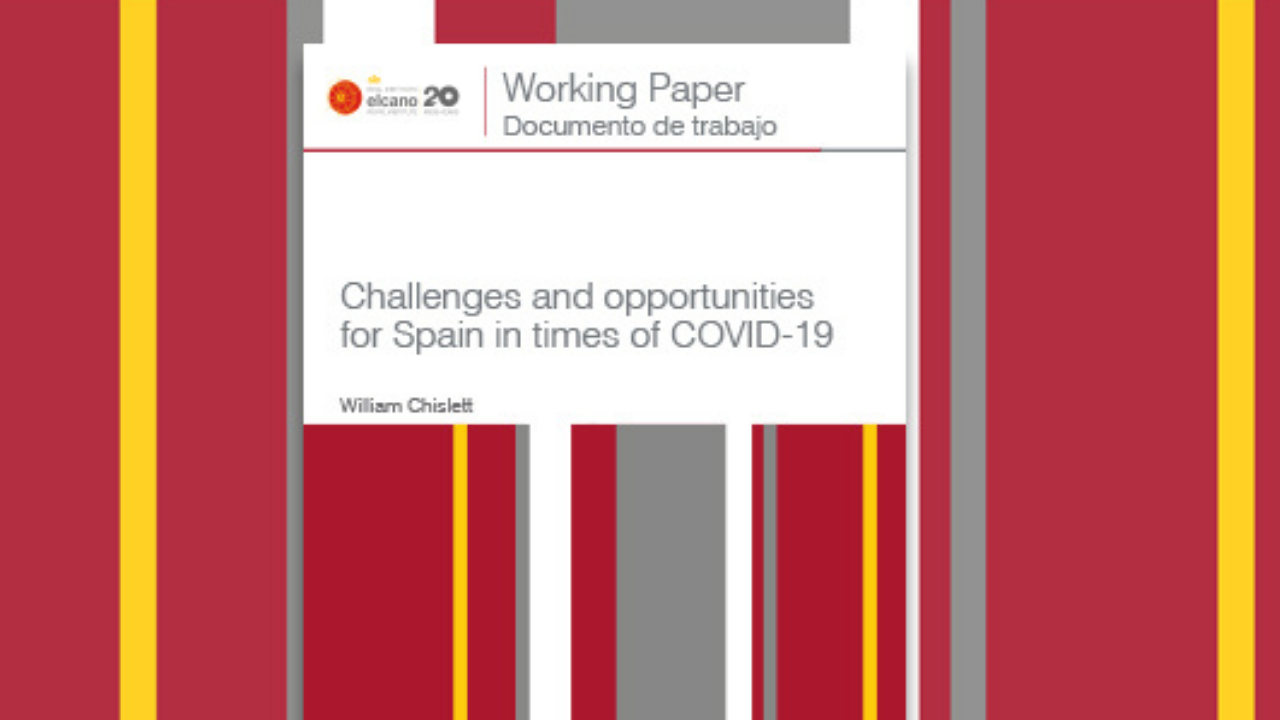