Get a discount on this book clicking this link
http://ow.ly/Ztfw30jsCdY

As Spain looks back on forty years of ratification of the Constitution that restored democracy after the death of Francisco Franco, political bitterness and nagging unhealed wounds demonstrate that the demise of a tyrant does not as a matter of course eliminate his legacy.

Winter was making a slow entry into Madrid November 1975. The autumnal weather was stoked, perhaps, by an overheated political climate. Franco lay in a coma in La Paz Hospital, where a team of doctors were confronted with the frightening dilemma of when to switch off the Caudillo’s life-support machine. The decision was taken in the early hours of 20th November, the same date as the execution in 1936 of José Antonio Primo de Rivera, founder of the Falange. In this way, supporters of both despots would be spared the awkwardness of having to hold back-to-back commemorations.

As Enrique Moradiellos states in his incisive study, Franco is an uncomfortable spectre from the past. ‘In the public memory of Spaniards and of European and international contemporaries, the author says, ‘Franco was above all the “Caudillo of Spain by the grace of God”. So read the inscription on the back of all Spanish coins minted since December 1946, approved by the unanimous decision of the Plenary of the Cortes.’

Who was this strutting, Buster Keaton-like, squeaky-voiced general, the self-styled saviour of Christian civilisation from the menace of godless communism? Spaniards who revile his memory (the majority, according to recent surveys) robotically condemn him as a fascist. However, unlike José Antonio, Franco had little interest in the doctrines of fascism, except when it suited his political purposes to spout off Mussolini-type rhetoric. For that matter, he had little interest in the dogmas of the Catholic Church, though this too needed to be kept on side. Franco was exclusively a Francoist. Moradiellos makes this clear when he says, ‘The only defining and configurative constant of the Franco regime was the presence of General Franco as an absolute Bonapartist military dictator of unappealable judgement and sovereign lifetime power.’ The Caudillo skilfully juggled a grouping of mutually hostile Falangists, Carlist traditionalists and the army to become the unifying symbol of power, during the 1936-1939 Civil War, until his death in 1975.

What is undeniable is that Franco’s destructive impact on Spain’s social and intellectual fabric carries on long after his disappearance. Surveys conducted in the Basque Country, show that many young people still detect the root of their political conflict with Madrid in the Franco regime. This resentment is coupled with widespread ignorance of the man who ruled Spain for nearly forty years. The results of a series of polls carried out in November 2000, on the twenty-fifth anniversary of Franco’s death, did not vary substantially from the situation of 15 years earlier. In fact, it emphasized those trends. For example, a new survey among secondary school pupils asking for their impressions about the Caudillo demonstrated respondents’ difficulty in ‘placing him in a precise moment of history’, with replies as peculiar as they were anachronistic: the king before Juan Carlos, Franco, in the Battle of Las Navas de Tolosa [1212], Franco, in the Cortes de Cádiz [1812].

In an effort to bring reconciliation to a still-divided nation, in 2007 the Socialist government of José Luis Rodríguez Zapatero enacted the Historical Memory Law. This recognises the victims on both sides of the Spanish Civil War, while bestowing rights on the descendants of victims of the war and the Franco dictatorship. Importantly, the law formally condemns the Franco regime.

This legal initiative will hopefully have a conciliatory effect on the Spanish people, yet the debate on the nature of the Franco years continues. According to Moradiellos, if that political regime had to be defined in a concise and brief way, one could resort to Franco’s own words in a speech in Seville on 16 April 1953: ‘In short: we are the counterpart of the Republic.’ The author explains, ‘The anti-democratic, counter-revolutionary and dictatorial character did not suffer during the long evolution of the regime and the ongoing biography of its titular head, despite pragmatic changes in tune with the evolution of the international context.’

Franco himself acknowledged in his message of the end of 1964, celebrating twenty-five years as Caudillo, that during this quarter century, he always remained ‘faithful to the principles that justified our intervention in public life.’

‘Perhaps,’ says Moradiellos, ‘the imperviousness of the unperturbed Caudillo lay in his desire to cling on to absolute power.’ This biography stands as a major addition to the understanding of one of the most enigmatic dictators of the 20th century. Franco cannot be forgiven, nor can the vestiges of his rule be ignored. Si monumentum requiris, circumspice. (If you seek a monument, look around you.) 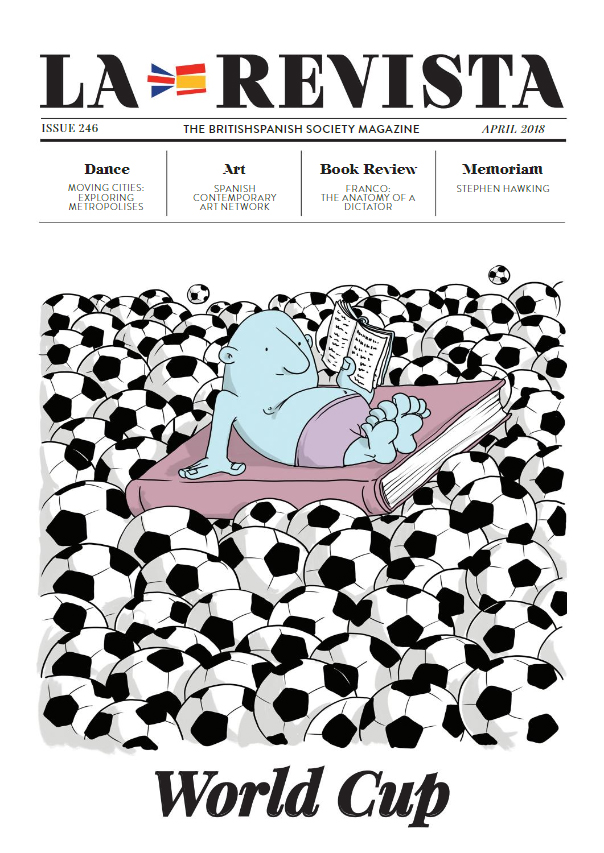