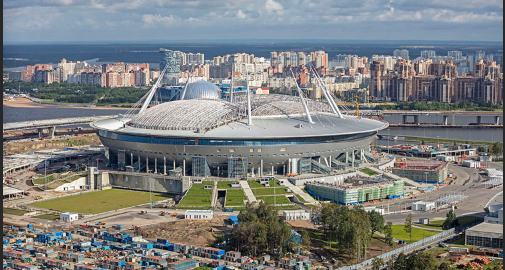 Eighty years ago, the first World Cup – or ‘Campeonato Mundial de Fútbol’ as the posters proclaimed – took place in Uruguay. The competition consisted of 13 teams from three confederations, with 18 matches played across three venues. Hosts and favourites Uruguay were the winners, beating Argentina 4-2 in the final in front of a 70,000-strong crowd in Montevideo.
It is fair to say the competition has changed a great deal since then. This year’s tournament – the 21st edition – will take place in Russia. There will be 32 teams taking part from five
confederations, more than double the number of nations at the inaugural finals. Some 64 matches will be played across 12 different venues, illustrating just how much international football’s most important event has expanded.
The 2018 World Cup will see several firsts. For a start, this is the first time Russia has hosted the tournament. It will also be the first World Cup where video assistant referees (VAR) are used, and the first finals in 80 years without a British referee. Iceland and Panama will be making their debuts in the competition, while Italy have failed to qualify for the first time since 1958.
That means Italy will be the only one of eight sides to have won the World Cup not competing in Russia. Reigning champions Germany are deserved favourites after their extra-time win against Argentina in the 2014 final and their Confederations Cup triumph last year, but it will not be easy for them. It is worth remembering that the last two reigning champions – Italy in South Africa and Spain in Brazil – both crashed out at the group stage.
With the World Cup countdown well underway, La Revista has looked at some of the tournament’s mainstays and favourites to see how they will fare in Russia this summer.