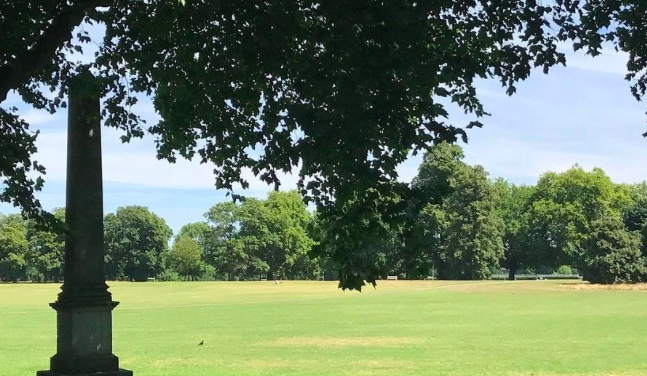 This talk, a joint event between Richmond Local History Society and The Kew Society, will be held in the Lecture Room on the 1st floor at The National Archives, Kew.

The Lecture Room holds 100 people. There is no pre-booking facility for this event: entry is on a first-come, first-served basis. The talk is free to members of the Kew Society and to members of the Richmond Local History Society. Both Societies have also kindly agreed that admission will also be free to BritishSpanish Society members. Non-members will be asked to pay a fee of £4, payable to the Kew Society, on the night.

William Henry Hudson (1841 – 1922) was an Anglo-Argentine author, naturalist and ornithologist.

W H Hudson occupies a special place in the history of Richmond. He was a prominent campaigner in stopping the building of the National Physical Laboratory at Kew at the turn of the 20th century, as well as being a campaigner more broadly on protecting the wildlife of London’s parks and green spaces. His last book was A Hind in Richmond Park, completed by a friend soon after Hudson’s death.

Conor Jameson has written for The Guardian, BBC Wildlife, the Ecologist, New Statesman, Africa Geographic, NZ Wilderness, British Birds, Birdwatch and Birdwatching magazines and has been a scriptwriter for the BBC Natural History Unit. He is a columnist and feature writer for the RSPB magazine, Nature’s Home, and has worked in conservation for 20 years, in the UK and abroad.