The Guided Tour “George Orwell in Spain” with Nick Lloyd. 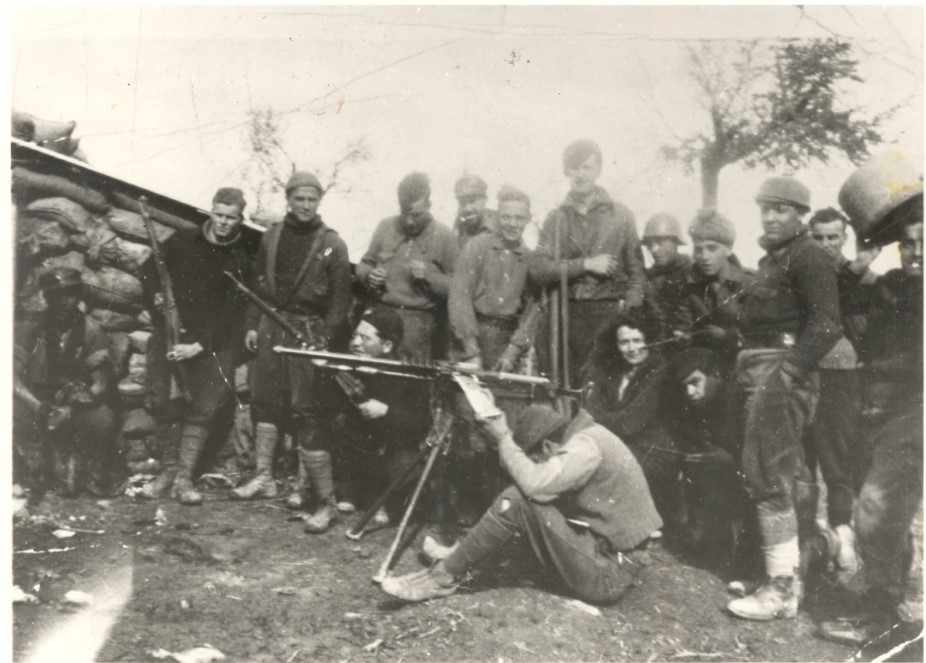 Nick’s illustrated tour uses the travel narrative, Homage to Catalonia, to take us on the author’s journey from the small Hertfordshire village of Wallington to revolutionary Barcelona and on to fighting with the Marxist POUM militia on the Aragón front, ending with the book’s impact and how it shaped Orwell’s future writing.

Slightly more expensive as we are sharing ticket sales with Nick Lloyd.

George Orwell’s Homage to Catalonia is undoubtedly one of the best historical memoirs of the Spanish Civil War in any language. It is a brilliantly written personal account and superb piece of reportage of his experiences, accompanied, sentence after sentence, by acute and vivid observations, evoking through sights and often smells from the revolutionary euphoria he encountered in Barcelona to the everyday life, warts and all, of a militiaman on the Aragón front. The book is almost certainly the most widely read account of the Spanish Civil War in English and for many readers, knowledge of the war begins and ends with Orwell’s sharp though sometimes flawed political analysis, something he later more or less conceded in several magazine articles published in the 1940s which relatively few people have read. Orwell logically narrates the war from his own personal experiences of his arrival at the tail end of anarchist Barcelona, the events of May 1937 and one unremarkable front in Aragón, but the conflict was a far bigger and more complex one.

If you book and are then unable to attend, we hope you don’t mind if we treat your payment as a donation to the charity, due to the administrative time it would take us to refund this relatively small amount.

Not a member yet? Click on the following link to Become a member.