By Our Social Affairs Correspondent

Cambridge University’s Churchill College proved the perfect venue for a conference and the opening of a special exhibition on October 22nd dedicated to the memory of Sir Winston, the towering figure of the  20th century,  and the less known but important history of his relationship with Spain.

The event organized by Churchill College and the BritishSpanish Society, with the support of the Cervantes Institute in London and Hispania Restaurant, drew an impressive attendance from Sir Winston’s own family, the world of academia, culture, diplomacy and intelligence.

The event was opened by BSS Patron Randolph Churchill, a former officer of the Royal Navy and banker in a symbolic ringing of a bell famously named after his grandfather.

The so-called Colonial Williamsburg Churchill Bell was presented as an award to Sir Winston in 1955 by American admirers in recognition of his role in preserving and perpetuating  the values exemplified  by 18th-century Williamsburg-liberty, courage, devotion to the dignity of the  individual and responsible citizenship.

Guests were welcomed  by Allen Packwood, OBE, the Director of the Internationally  renowned Churchill Archives in Churchill College, before he invited the Cambridge historian and BSS member Dr Peter Martland to give a keynote lecture, entitled the Bullgod & The Bull focused on the critical role played by Spanish neutrality in Churchill’s wartime strategy,  an abridged version of which is  published in the November issue of the BSS magazine  La Revista.

The lecture was followed by a reception marking the opening of an exhibition, curated by author and journalist and BSS chairman Jimmy Burns chartering Churchill’s extraordinary and controversial  relationship with Spain in peace and wartime including  colonial times in Cuba , his relationship with his cousin the Duke of Alba,  the Spanish Civil War,  and wartime Gibraltar, through to his private visits as a VIP tourist to Seville, Mallorca, Barcelona, and Tenerife, in the 1950’s. The exhibition is open to the public and continues until November 2nd. 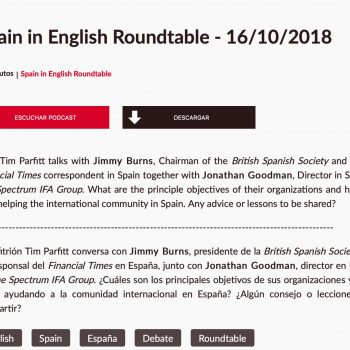 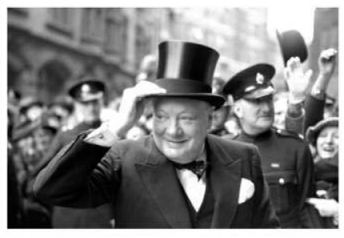