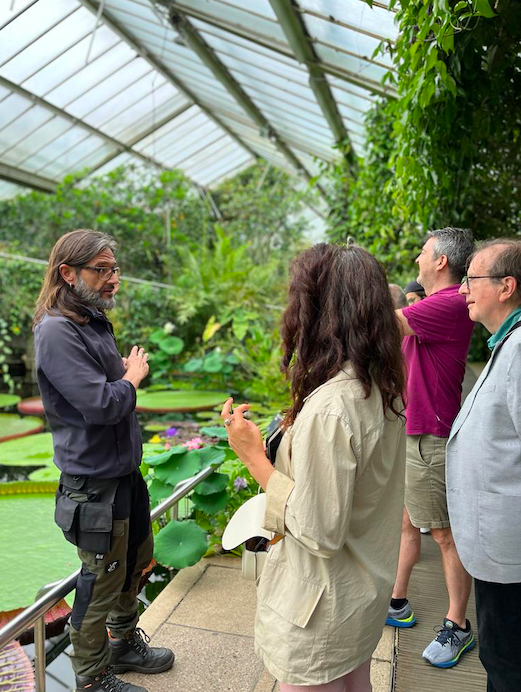 A beautiful afternoon at Kew 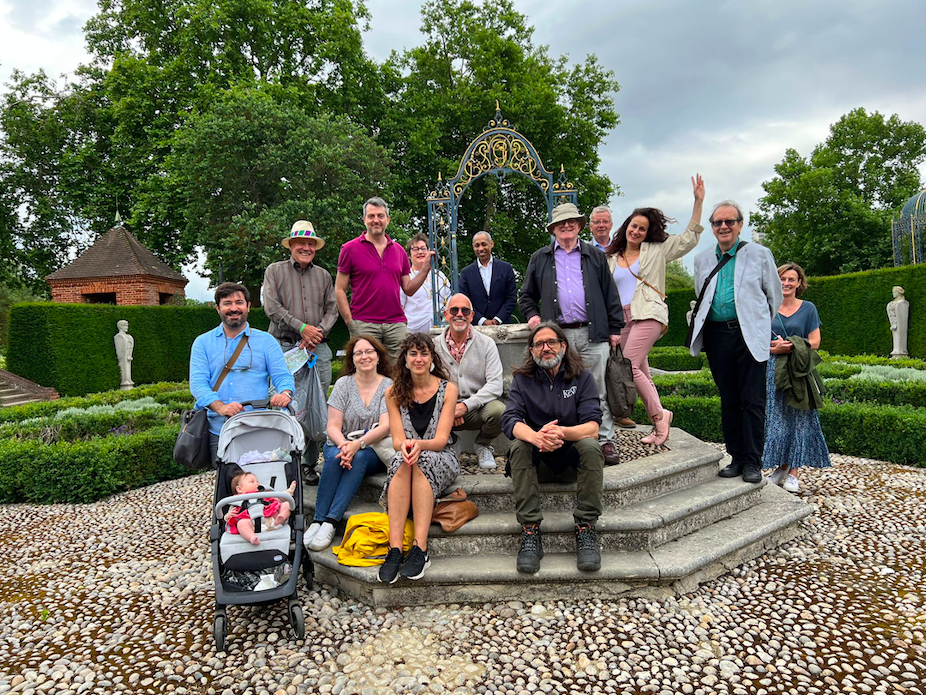 It felt somewhat poetic to visit Kew as an eclectic mix of people, gathered from across Britain and Spain with different ages, backgrounds and interests to visit plants collected from across the globe, with varied growing needs and purposes in life. Botanists have for over 200 years collected and brought specimens to Kew whereas the BritishSpanish Society’s focus for over 100 years has been to collect and bring together people. It seems The Society and Kew have a lot in common.

Once we had all navigated rail strikes and concerns of busy roads and car parking we arrived in the immediately calming gardens. Amongst us were attendees of the Society’s recent Summer reception, where some of us had already met. This time our number was significantly smaller, a more intimate group at a very different but equally striking venue. As our chatter quietened our guide, Carlos Magdalena, Kew’s renowned Botanical horticulturalist welcomed us and our captivating tour of Kew from his perspective began.

It is impossible to repeat the amount of information Carlos poured upon us. He spoke quickly and animatedly, his mind a hive of botanic detail. Whilst we were sure he kept things simple for us ‘new recruits’ his knowledge of the temperatures individual plants require to thrive, the composition of organic pesticides, the needs and behaviours of each of the plants was encyclopaedic. It is clear that Kew, the protection and promotion of plant species and plant life in general is beyond a passion for him. Whilst we struggled with the heat in the private greenhouses, areas not usually visited by members of the public, Carlos seemed accustomed to it, speaking passionately about the orchids which we admired, of paintbrush propagation and honed to perfection, timed computerised spraying systems.

Carlos casually told a story of a rare plant, the only one known to be in existence, that he had rescued and brought back to Kew in true intrepid botanical explorer fashion. When we thought that seeing the water lilies in the Queen Elizabeth greenhouse would steal the show from Carlos, he told tales of his Amazonian trip. When we asked him why he enjoyed botany so much, Carlos’ reply was that is way more exciting that tigers!

Carlos is truly a rock star of botany, his tales must cover only the surface of the secret lives of plants, their ways of communicating (even they argue!) and their rightful position at the top of the eco-system. A couple of hours at Kew, with Carlos definitely is not enough.

Read more about Carlos’ adventures in his book ‘The Plant Messiah’ available in most book stores, and this interview with him. 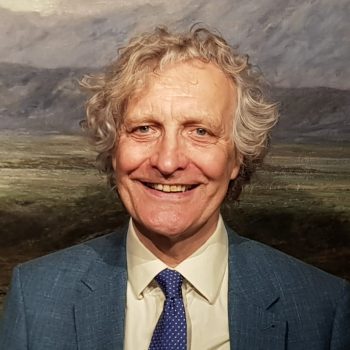 Collaboration in higher education between the United Kingdom and Spain 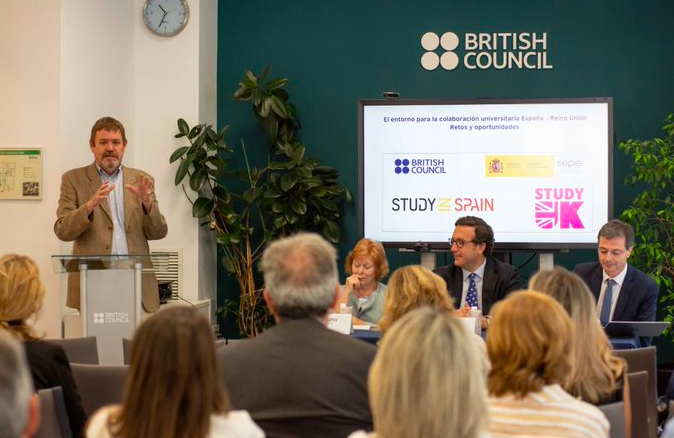