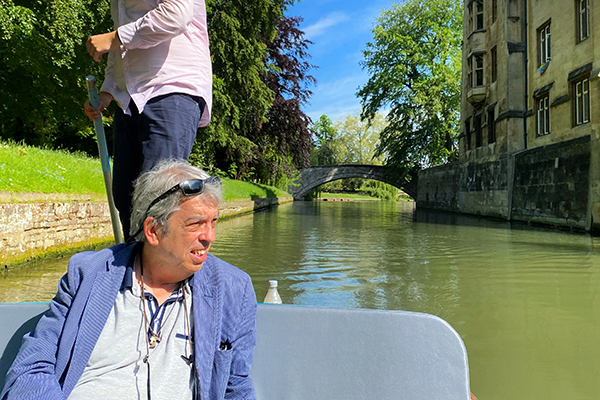 The BSS chairman enjoys a post-lock down family English ‘mini-break’ in Cambridge, retracing the step of others, including his late Spanish mother. 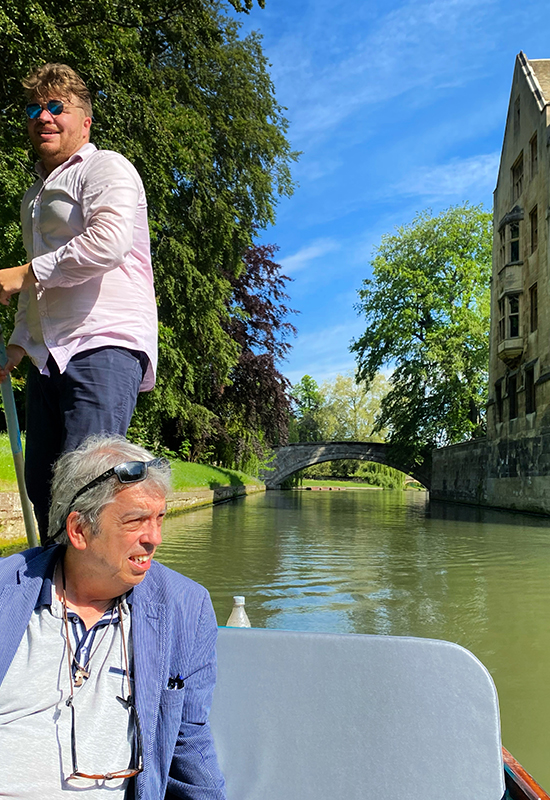 I was about to tap into a recording of the 1969 Pink Floyd song Grantchester Meadows on my I-Phone inspired by the place to which it gives its name, (band member David Gilmour lived nearby at the time), when drawn by the beauty of the warm English summer’s day, I thought it better to savour the moment of breathing without a mask and in the company of beloved family.

Frankly I needed little persuasion, absorbing the non-virtual bird song in the gentle shade of tangible fruit trees, and sharing the taste of a very traditional and succulent cream tea -that is a large pot of tea with an equally generous offering of freshly baked scones covered in clotted cream and artisan strawberry jam! a quintessentially English experience of delicious civility.

I thought of others who had been here before me. Travel can involve honouring other people’s footsteps and we had driven out of Cambridge, a few miles out into the countryside, to pay homage , as well as to enjoy the landscape. This was no ordinary orchard but the legendary Orchard in the beautifully preserved village of Grantchester, today a tea room and tea garden popular with students and tourists, a venerated place in memory of some of the great minds of modern history that once lived here.

Long before Pink Floyd recorded their pastoral ballad inspired by the setting, the grounds and nearby house were occupied in the early 20th century by the Cambridge graduate and poet Rupert Brooke. Prior to dying from septicaemia while serving as a soldier with the British Mediterranean Expeditionary Force during World War One, Brooke in peace time gathered around him here a most exceptional group of talent.

It included the economist John Maynard Keynes, the writers Virginia Woolf and E.M. Forster, the artist August John, the polymath Bertrand Russell and the philosopher Ludwig Wittgenstein, the so-called Grantchester Group, or the neo-pagans as Woolf called them, in reference to the liberated, bohemian, outdoor life influenced by some of the most progressive thinkers of the late Victorian era.

I love Brooke’s poem The Old Vicarage, Grantchester, an ode to this part of England as an imagined arcadia written from Berlin in 1912, three years before his death, and his later The Soldier expressing so movingly his love of England, and some of their lines resonated that afternoon in early June when I took my family on its first mini-holiday outside London since the easing of the latest lock-down.

Before tea we had spent part of the day sharing an idyllic picnic in the nearby meadows under a cloudless sky, while I read a few lines of Brooke’ poem The Old Vicarage- ‘flower-lulled in sleepy grass,’ hearing ‘the cool lapse of hours pass’ and bathed , like Brooke did near a place called ‘Byron’s pool’ (in tribute to another romantic poet!). And then I thought of the words of love of country from Brooke’s poem The Soldier, ‘breathing English air…washed by the rivers, blest by suns of home…the thoughts by England given; her sights and sounds …gentleness, in hearts at peace, under an English heaven.’

We had spent overnight and that morning absorbing the history and architectural magnificence of Cambridge’s university colleges, bridges, and chapels as we slid gently along the College Backs -the most famous stretch of the River Cam aboard a punt, expertly guided by a genial young English student called Max.

We stayed at the comfortable and wonderfully located hotel Arundel House and dined well at Loch Fyne Seafood & Grill where I happily engaged with Spanish catering staff who had returned to work with lock-down easing, and were hoping for better days, as the town looks forward to recovering the tourism and student life that has been so badly affected by the pandemic. 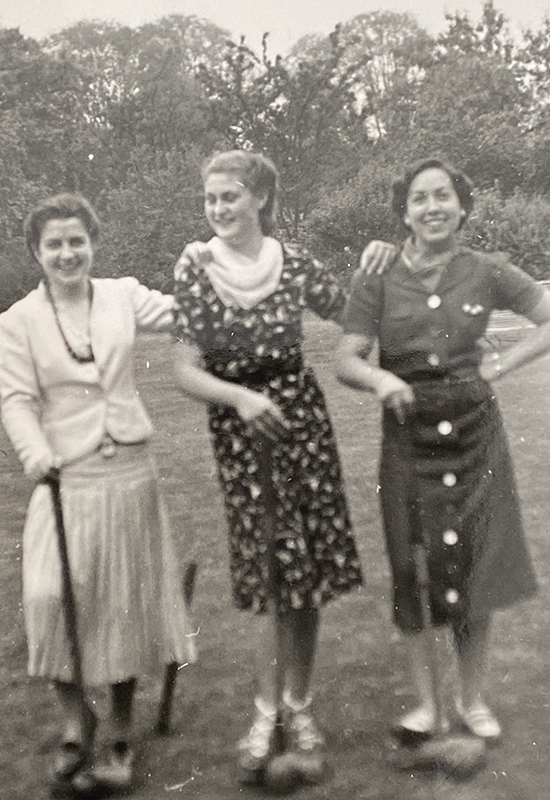 My heart was very much with them in these challenging post-Brexit ,post-Covid times as I ventured back in time along King’s Parade and paused for a coffee opposite King’s College. For it was here at a student flat long since turned into commercial premises, that my late Spanish mother Mabel Marañon had lived for a short while as an as yet unmarried twenty-year-old in 1938.

With her parents living in exile in Paris during the Spanish Civil War she had taken temporary lodgings in Cambridge to improve her knowledge of British culture and history while teaching Spanish at girl’s secondary school in the nearby town of Norwich.

A personal diary she kept at the time showed her generally content, declaring at one point: “I like England. I like English men. Most of them have manners.”

What next for the Balearics? 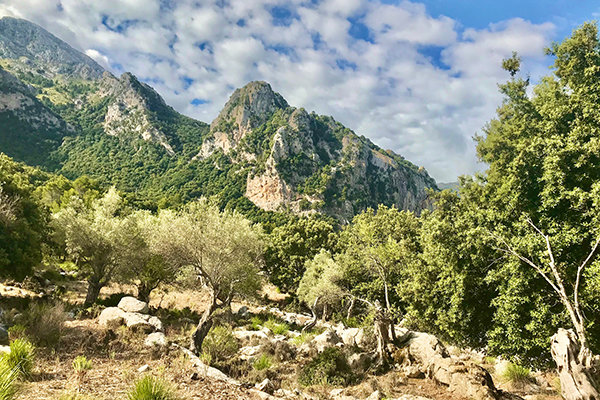 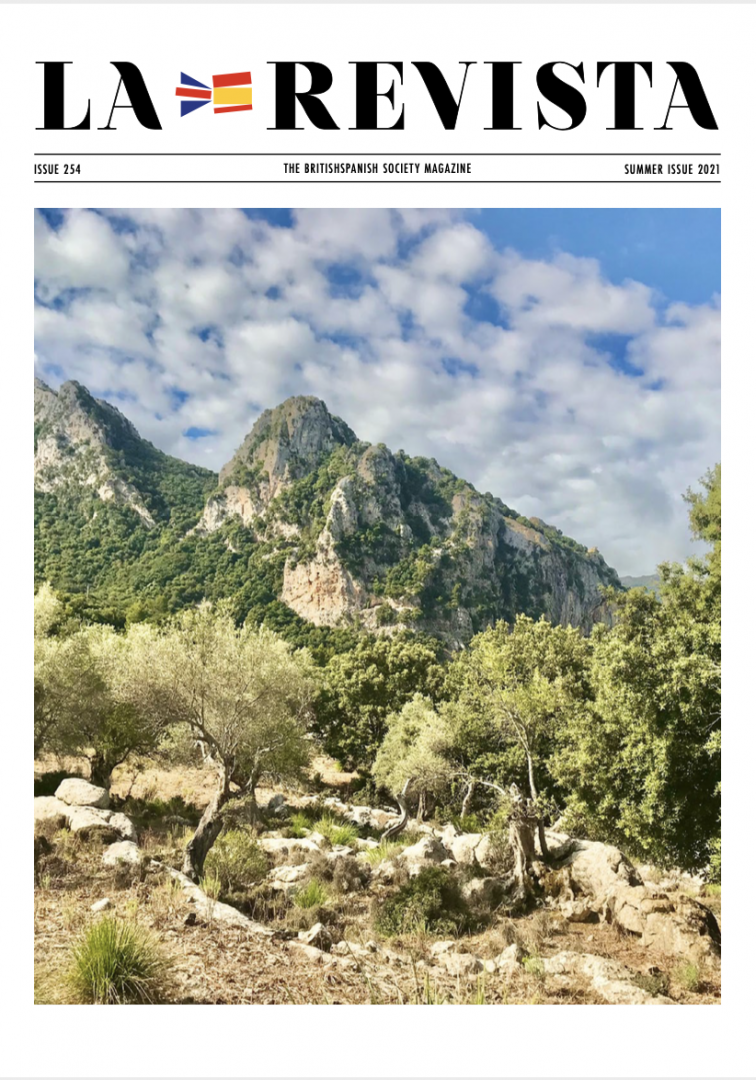