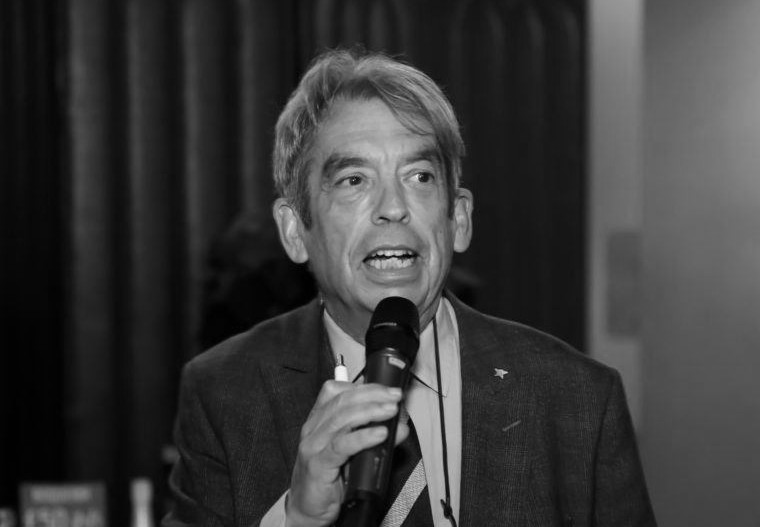 Born in Madrid in 1953 to a Spanish mother and British father, Jimmy Burns Marañon has been the Chairman of the BritishSpanish Society since March 2013.

As a journalist Jimmy worked for the Financial Times for over three decades (1979 – 2009), during which he was posted as a foreign correspondent in Lisbon, Madrid and Buenos Aires before working for the newspaper as a senior reporter in a number of fields including industrial relations, special investigations, politics, crime and security. He has also contributed to various other UK, Spanish and US print and media over the years , is a conference speaker, and communications adviser and maintains an active blog.

Jimmy is the author of several books and is an independent consultant on Spain and Latin America. He has been a member of the BritishSpanish Society since his university days in the 1970s and was appointed as Trustee and Vice-Chairman in 2009. Jimmy was also the Editor of the Society’s magazine La Revista from 2010 to 2013, now serving as Executive Editor alongside his responsibilities as Chairman.

Aside from the BritishSpanish Society, Jimmy is also the Co-Founder of Friends of Battersea Park; has served as a member of the Management Council of Cañada Blanch Centre for Contemporary Spanish Studies (London School of Economics), is a Director of The Tablet Publishing Company, and former President of the Stonyhurst Association. 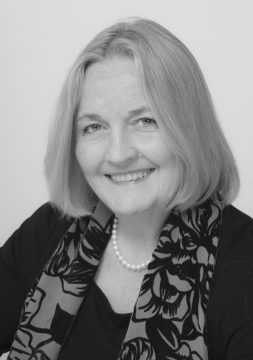 Dame Mary met her bilingual late husband Juan Enrique Marsh at university. She, her four sons and their families, continue to have a great love of Spain and its people.

She has a range of governance experience as a charity trustee and in wider cross-sector non-executive roles. She is currently a non-executive director of HSBC Bank plc, a member of the Governing Body at London Business School, a Director on the board of the London Symphony Orchestra (LSO), a Trustee of Teach First and a Patron of the EY Foundation.

For five years Dame Mary was the first independent Chair of Trustees at the Royal College of Paediatrics and Child Health (RCPCH) until October 2021. She was also a member of the Financial Inclusion Commission from 2014 – 21. In the earlier stages of her life journey she was a teacher, including as a deputy head and then headteacher of two comprehensive schools. She was Chief Executive of the NSPCC from 2000 – 08. After this she went on to be the Founding Director of Clore Social Leadership until 2015. 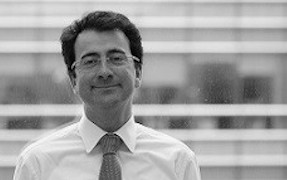 Juan Reig Mascarell has been a member of The British Spanish-Society for the last 8 years. He has lived in London for the last 16 years, where he originally moved after finishing University to work in the City of London. Juan grew up in Denia, Alicante, lived for a year in the United States and went on to complete a BA in Business Administration in Valencia.

Juan is currently a Managing Director at J.P. Morgan, where he trades corporate credit within the Markets Division. 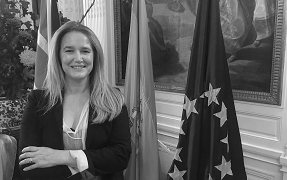 Cristina Alvarez-Campana has been a member of The British Spanish-Society from 2014. She moved to London with her family in 2012, from Madrid where she worked in Ministry of Public Works for more than 16 years. She holds a master in Law, MBA IE Business School and a huge experience in change management and business development. 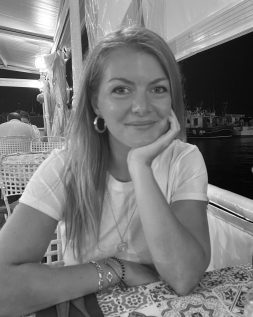 Amy Bell is a commissioning editor at the Financial Times, where she has edited and written for special reports on various topics. She was previously editor of curated content for FT Live and has more than ten years of experience in journalism, editorial production and live events. Before joining the FT in 2010 she taught English in Madrid. Amy edited the BritishSpanish Society’s flagship publication, La Revista from 2013 to 2017, and has a special interest in Spanish language, art and culture. She has a BA in English from the University of Nottingham. 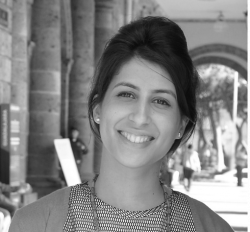 Trustee - Head of the Scholarships Programme

Dr Marina Pérez de Arcos is an academic based at the London School of Economics and the University of Oxford, where she teaches History and International Relations. She is the first Andalusian woman to earn a PhD from Oxford. Her research on Spain’s internationalisation and British-Spanish relations has been published in top academic publications and featured in the international media.

She is the Spanish Studies at Oxford Coordinator, a multidisciplinary project she founded that aims to promote Spain-related research at Oxford and has organised several large Spain-related conferences at Oxford, including the academic accompaniment to the major Sorolla exhibition at the National Gallery and the first modern pan-University symposium to take place at Oxford in honour of a Spaniard. She is Visiting Professor at the Instituto de Empresa (IE) in Madrid.

Marina speaks fluent French and Portuguese and undertaken research in German and Italian. She has worked in the municipal administration in France, at the national government level in Spain and served as an advisor to the Foreign Office in Britain.

She won the Santander-British Spanish Society scholarship in 2016 for her research on the origins of the British Council in Spain and joined the BSS Executive Council in 2018 to support the promotion of the scholarship programme and the alumni network. 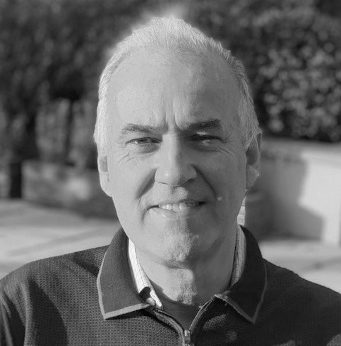 Andrew is a lawyer and has spent his career as a partner with the international law firm of Allen & Overy.  He is currently General Counsel of the firm and chairs its Risk Committee.  He is based in London but has also worked with the firm in the Middle East for eight years and in Spain where he lived in Madrid for a couple of years as head of Allen & Overy’s Spanish offices.  He is a specialist in dispute resolution and a Fellow of the Chartered Institute of Arbitrators, a licensed advocate and a qualified mediator.

Andrew studied History at Cambridge, focusing on modern British and European history.  He is also Trustee and Deputy Chair of Depaul International, the global charity supporting homeless and marginalised people, and a Trustee of Missio, an international Catholic charity focusing on global communities that are poor or in need. 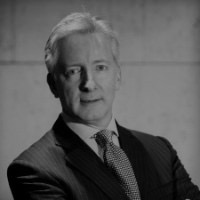 With a Spanish mother and British father and parts of childhood spent in Rome and Paris, Brian is very much a European citizen. A more recent member of the BSS he was very keen to become more involved to further the aims of the charity, especially brining on-board British companies present in Spain. He has been in the Technology sector for over twenty-five years and based in Madrid for much of this time, in Business Development and International Marketing roles at both multinational companies (Unisys, Nortel Networks and G&D) as well as his own start-ups. He has a Commerce degree from Edinburgh University, a Masters in Marketing Strategy from Greenwich University, PMD from IESE and GAMP from ESADE Business Schools and is a Fellow of the Chartered Institute of Marketing. Bilingual in Spanish, fluent in French and with good Italian. 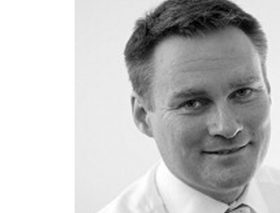 Justin Ellis is a solicitor, specialising in corporate, commercial and technology law. He co-founded City law firm iLaw in 2006, and has more than 25 years’ experience of advising UK and international clients across a wide range of issues. He also helped to found the International Commercial Law Alliance, a growingassociation of internationally minded law firms throughout Europe (including Spain) and beyond.

In 2016, Justin published his first novel, Death by the Arno, set in renaissance Florence. He lives in central Sussex, where he is an active member of local petanque club. He also enjoys singing, whether karaoke at the pub or more seriously, and has recently performed in Mozart’s Requiem in the Royal Albert Hall and in St Stephen’s Cathedral, Vienna.

Justin would like to be able to spend more time at his flat in Sanlucar de Barrameda (Cádiz). He and his wife attend Sanlucar’s Feria every year, but still have a lot of work to do to perfect dancing Sevillanas. He speaks Spanish, Italian and French to varying degrees of proficiency, depending on how much practice he has had in them at any given moment. 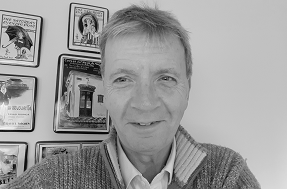 Roger Golland served for 32 years in HM Diplomatic Service, including tours in Ankara, Budapest, Buenos Aires and Brussels and stints as a Director in London. In recent years he has delivered capacity-building programmes to government partners overseas. He was Chair of the campaigning charity Transform Drugs Policy Foundation from 2012 – 2017 and is a trustee of Release. Roger is a Senior Fellow of the Institute for Statecraft and an active participant in other think-tanks. He is married to Jane, a schoolteacher, and lives in west Kent. 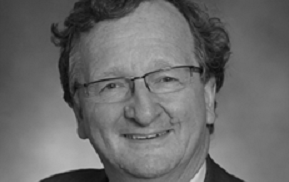 Dr Short has held positions in Electronics and telecommunications for 40 years. From a Director of Cellnet to Vice President of Telefonica Europe he has had experience with 5 Generations of Mobile technology and mobile data services including the establishment of a new 5G innovation centre (5GIC) based at Surrey University. He has been involved in mobile licence bids, network launches and in recent years Innovation for business development in areas as diverse as Mobile TV, connected cars, smart metering, smart cities and emergency services. After running design and manufacturing for subsidiaries of Philips Industries, and Toshiba, he joined BT in 1983 and was appointed in 1989 as a Director of O2 UK, now part of Telefónica to launch Digital 2G or GSM mobile networks. He later went on to run the 3G business case and launch 3G in the UK. He is a former elected Chairman of the global GSM Association and UK Mobile Data Association, and a former President of the Institution of Engineering and Technology (IET – 2011/2102). Mike was honoured with a CBE by the Her Majesty the Queen in June 2012 for services to the Mobile industry after 25 years Mobile experience, and holds Honorary Doctorates from Staffordshire, Brunel and Kingston Universities. He is a Visiting Professor at Surrey and Leeds Universities and a co-founder of 5G IC at Surrey University. Mike was appointed as a Chief Scientific Adviser for The Department for International Trade (DIT) in October 2017 to play a key role in ensuring the department’s policy is informed by the best science, engineering and technical advice and to advise on the technical aspects of future trade deals. He is to also work closely with the UK’s research, development and academic communities to promote British scientific and engineering exports around the world. 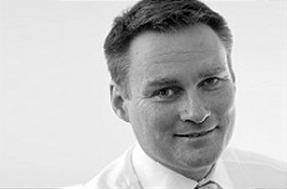 Justin is a solicitor, specialising in corporate, commercial and technology law. He co-founded City law firm iLaw in 2006, and has more than 25 years’ experience of advising UK and international clients across a wide range of issues. He also helped to found the International Commercial Law Alliance, a growing association of internationally minded law firms throughout Europe (including Spain) and beyond.

In 2016, Justin published his first novel, Death by the Arno, set in renaissance Florence. He lives in central Sussex, where he is an active member of local petanque club. He also enjoys singing, whether karaoke at the pub or more seriously, and has recently performed in Mozart’s Requiem in the Royal Albert Hall and in St Stephen’s Cathedral, Vienna.

Justin would like to be able to spend more time at his flat in Sanlucar de Barrameda (Cádiz). He and his wife attend Sanlucar’s Feria every year, but still have a lot of work to do to perfect dancing Sevillanas. He speaks Spanish, Italian and French to varying degrees of proficiency, depending on how much practice he has had in them at any given moment.